Lou Stern devotes his practice to defending and advising employers, carriers, and their servicing agents in the areas of workers' compensation and employment law. His clients include governmental bodies, construction and general contractor self-insureds, national insurance companies, statewide servicing agents, and large national to small local employers. Prior to joining the firm, he was an Assistant State Attorney for the Nineteenth Judicial Circuit. Lou is approved by the Department of Financial Services as an instructor in the field of workers' compensation and routinely speaks on topics relating to workers' compensation and employment matters at local and state-wide seminars.

He has been given the rating of "AV Preeminent," the highest rating possible by his peers through Martindale-Hubbell and was named a Top Lawyer in Sarasota and Manatee Counties by Sarasota Magazine in conjuction with Martindale-Hubbell. His twenty-two years of workers' compensation experience includes numerous final hearings and countless doctor depositions. During his four and a half years as Assistant State Attorney he handled more than 80 jury trials and multiple bench trials. 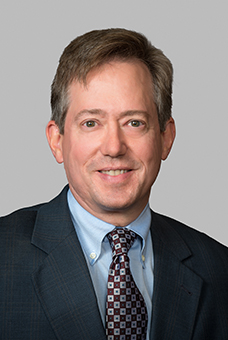