Appellate practice is a distinct part of the legal process. As a result, McConnaughhay Coonrod has experienced appellate practitioners to provide the knowledge and assistance needed by our existing clients, new clients and lawyers from other firms in matters that involve, or are likely to involve, an appeal.

Our appellate attorneys frequently serve as primary counsel, handling matters from initial notice to final argument, both in cases where our firm has been involved in the initial litigation, and in cases in which another firm has handled the trial level proceedings. Just as frequently, our appellate lawyers provide strategic counseling and advice to trial lawyers and their clients on issues before an appeal is eminent. We are retained to assist in briefing complex legal issues to ensure that arguments are properly preserved for appeal, including as part of pre-trial motions, jury instructions, objections during trial and post-trial motions. We are also frequently involved in evaluating the prospects of an appeal and assisting in appellate mediation.

We can assist in preparing and responding to post-verdict motions in the trial court; evaluating prospects for appeal; reviewing the trial transcripts or agency record for appealable issues; analyzing and researching the law; perfecting appeals; preparing appellate briefs and appendices; drafting motions for leave to appeal; presenting oral argument; preparing post-argument motions and petitions for certification or certiorari. We also handle specialized appellate proceedings, such as petitions for writs of certiorari and mandamus and amicus curiae briefs. 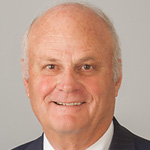