On February 22, 2016, the Eleventh Circuit handed down a decision in Linda Jean Quigg v. Thomas County School District, a ruling that has significant potential to alter the analysis of employment claims.  Dr. Quigg was Superintendent of the Thomas County School District under a contract that was set to expire in mid-2011.  Quigg had a contentious relationship with the seven-person School Board, having backed opponents of two of the Board members, Streets and Evans, during the 2010 election.  Quigg believed that Streets and Evans, as well as a third Board member, Hiers, were not on her side.  The Board had also raised ethical concerns with the Georgia Professional Standards Commission about Quigg’s administration of certain School District programs.  Though her overall evaluations were good, some of the Board members expressed in Quigg’s 2010 annual evaluation that she was not meeting some of their expectations.

Shortly before a vote on renewing Quigg’s contract, two Board members, Morgan and Nesmith, encouraged Quigg to hire a “hatchet man” or “guy” as Assistant Superintendent who could address the implementation of Board policy.  Nesmith also stated to a parent that “it is time to put a man in there”, although it was unclear whether he was referring to the Superintendent position, the proposed Assistant Superintendent position, or the office of the Superintendent as a whole.  At the beginning of the meeting in February 2011 to consider renewal of Quigg’s contract, she rejected the addition of an Assistant Superintendent position.  The Board went on to vote 5-2 against renewal of her contract, with Streets, Evans, Hiers, Morgan, and Nesmith voting against her.  After the vote, Hiers told a School District employee that Quigg “needed a strong male to work under her”.  Quigg subsequently asserted Title VII and 42 U.S.C. Section 1983 claims for mixed-motive sex discrimination.  The trial court ultimately determined that, because Quigg presented only circumstantial evidence of discrimination, there were no triable issues under the well-established McDonnell Douglas burden-shifting framework; the court thus granted summary judgment in favor of the School District.

That began to change with the 2003 ruling in Desert Palace, Inc. v. Costa.  In that case, the U.S. Supreme Court determined that the Civil Rights Act of 1991 – which partially upheld and partially overturned Price Waterhouse – made it possible to proceed with a mixed motive claim supported by only circumstantial evidence; that is, evidence that “suggests, but does not prove, a discriminatory motive.”  The Desert Palace court based its opinion on the fact that Congress had defined precisely how a plaintiff could demonstrate a forbidden consideration motivated an adverse employment action when it passed the Civil Rights Act of 1991 – the plaintiff needed only to meet the burden of production or persuasion, and not some higher standard.  What Desert Palace did not do, however, was establish an analytical framework for handling such mixed motive cases supported only by circumstantial evidence.

The Quigg court – which, significantly, included Judge Gilman of the Sixth Circuit Court of Appeals, sitting by designation – adopted the framework used by the Sixth Circuit in White v. Baxter Healthcare Corp.  That framework requires a court only to ask whether the plaintiff has offered “evidence sufficient to convince a jury that: (1) the defendant took an adverse employment action against the plaintiff; and (2) [a protected characteristic] was a motivating factor for the defendant’s adverse employment action.”  The Quigg court rejected the McDonnell Douglas test, which had previously been used in circumstantial evidence cases, as inappropriate for mixed motive cases, because it presumed there was only one true reason for the employee’s termination.  The court ultimately found that the statements by Nesmith, Morgan and Hiers suggested that sex- or gender-based bias was a motivating factor in their decision not to renew Quigg’s contract, and, thus, a triable issue remained and summary judgment was inappropriate.

What’s the impact of the Quigg decision for practitioners and employers?  At the pleading stage, Quigg might signify a shift toward mixed motive theories.  In a sense, most cases previously analyzed under McDonnell Douglas could be considered mixed motive cases, as there are usually at least two reasons in play for any adverse employment action – the employer’s stated reason, and the discriminatory reason claimed by the employee.  Employees might correctly state that they cannot know all of the employer’s reasons for their termination until discovery is conducted.  Thus, complaints that set up mixed motive claims may ultimately become to norm, whether explicitly framed as such, or whether they are stated in sufficiently ambiguous terms that they can be argued as mixed motive claims after discovery is conducted.

Significantly, Quigg will likely make summary judgments much more difficult to acquire.  McDonnell Douglas offered a systematic methodology with which to analyze most employment law claims, backed by decades of factually-specific case law which could be analogized to most circumstances.  By contrast, to survive summary judgment the mixed motive plaintiff will only need to show some evidence by which a jury could conclude that discrimination was a motivating factor in the adverse employment action suffered – a much lower burden which might be triggered by even the most banal comments or actions on the part of an employer.  As noted by the Quigg court, this is consistent with the Eleventh Circuit’s shift away from McDonnell Douglas as a strict summary judgment test, as reflected in other recent decisions such as Smith v. Lockheed-Martin Corp., where the court found a “convincing mosaic of circumstantial evidence” could be sufficient to allow an employee to survive summary judgment.

All is not necessarily lost, however.  To make a successful mixed motive claim, an employee essentially must concede that there were reasons which justified an adverse employment action against him or her other than discriminatory animus.  This, in turn, gives the employer access to the “same decision” defense, which permits an employer to avoid liability under Title VII for damages or reinstatement of the employee if it can demonstrate that it would have taken the same adverse employment action in the absence of the impermissible motivating factor.  While this defense did not benefit the Quigg defendants, many employers may be able to shield themselves from such damages if their rationale for termination was valid, regardless of the evidence put forward by the employee.  As always, well-documented employment decisions, based on written policies which are applied evenhandedly, are invaluable in protecting an employer from liability.

If you would like more information on the foregoing, do not hesitate to contact Matthew G. Hawk in our Tallahassee office at (850) 222-8121. 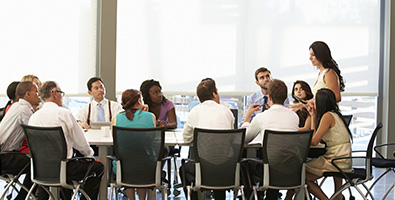